No sign of the teams. The private jet terminal in Nice returned to normal during Sunday evening. Today, the technical staff loads truck after truck. Then it’s time to return the MC to its original state. It was built, assembled, painted, fixed… for 3 months. Astronomical costs. When the worst is removed, residents first and perhaps visitors will return. 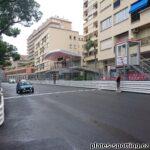 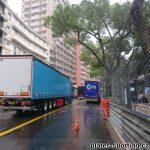 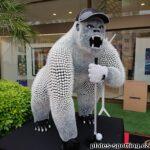 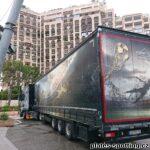 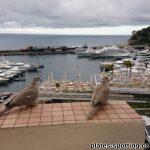 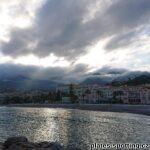 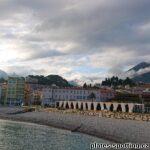 These photos were taken about half an hour after the end of the race. You can imagine the onslaught on the whole organism in non-flammable underwear and overalls (which must be hot in it) to fly in reality much faster than a playstation. In reality, when the mistake does not end with the announcement of the game is over but … Turns, horizons, blinding light at the end of the tunnel in a completely wild sequence. They are prepared all week by the most amazing methods for the 2 hours. And this is what they look like more than half an hour after the race. Still on track. 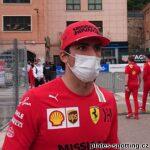 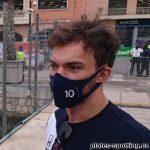 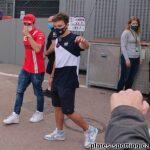 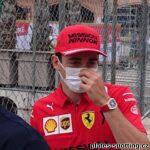 They’re all tough guys, athletes. The only exception is. Charles Leclerc. I can easily imagine that he is a medical student or a teacher. It is clear from him that he did not grow up on the street somewhere in Calais, but in MC. Try to read your eyes.
In any case, Pierre Gasly is his friend. Real. Maybe the only friends among F1 drivers. In any case, the photos of Leclerc from Sunday are practically not even available to the world’s largest agencies.
In any case, I found my way to this place alone through a maze of corridors and guards (there were already about 5 insiders) and what I enjoyed there was a clear highlight of my stay. In the background you can see where we were on Friday with a lot of other people. You can see that it is empty in a hermetically sealed space.
In any case, Charles Leclerc is so young that he can catch up.
In any case, from this new generation Leclerc, Gasly, Norris, Giovinazzi, Ocon, Sainz jr. etc. a new great champion will emerge.

(In my opinion, they spent the half hour after the end in the shower and in the care of medics and physiotherapists. And when all the photographers left, they followed this path to the boats, which took them to the Monaco Heliport and from there by helicopter to Nice for jets. Completely shielded from everything and everyone).