Nothing new on the Côte d’Azur

Also, the two months since I left were just a hard lockdown. In F and in I.

Best Nice. New TN and MA. And I would like to know if our collaborator Ondra CZF has already seen such a BMW. He works for BMW. 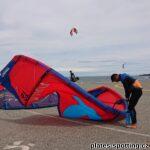 It could be 10 years. In my neighborhood, a Serb citizen F was sitting on the terrace. And when there were elections in F, he brought me the whole election package. There must have been a Sarkozy poster, but I posted a Marine Le Pen in the establishment. (here in the Cannes). Maybe I remember it well. Vive le vie. Vive la France.

Arrival to Golfe Juan. Looking at the “želip”. In Antibes about TN. And a short stop in Beaulieu sur mer. Because of GBG. We probably won’t see GBJ again. If F met the threats, they wouldn’t have electricity there for a long time. It leads through a submarine cable. So no one even knows what’s going on there. 40 states today.

So Marine Le Pen was in Cannes 1.5. That must have been nice.

France has the scariest TV, due to commercials that amplify the sound by 50% and then the sounds of bangs, bangs, hums, alternating with complete silence. Not to mention the performers.You can’t listen to youtube either. They will let these monstrosies in there 3 times before it is your song. That can’t be endured. So, remembering the last quarter, where Radio Nostalgia played great on TV, I took the GRUNDIG mini radio (great sound), which had not been used for about 20 years, turned on the search and … One station better than the other !!! It’s nowhere in the world! A complete sensation. I did well! The TV didn’t get even 1s of space. Yeah so I stayed at FM CHERIE in Menton 96.4. So many stations in Menton! More than in Prague. And after the end of Oldies Radio, you can’t listen to practically anything.

2 Responses to Nothing new on the Côte d’Azur