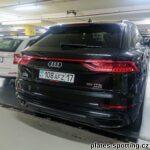 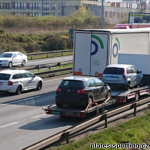 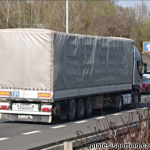 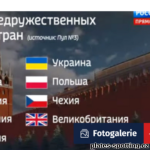 Mass campaigns have a long tradition in our country. Under the Communists, the United States and people with different views were often the target. But recent campaigns have become even more aggressive and hateful. Only the object has changed. But otherwise they are drawn media, where pathological Russophobes take turns. And “right” people are expressing support for something for which no one has yet presented evidence. The party, the government and the allied power said so. There is no room for doubt here.
Otherwise, I estimated the list of countries hostile to Russia well. TV Rossija 1 brought an unofficial form. 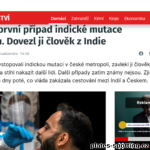 So that there is not much bad news. After Eastern Bohemia, IND mutation also has a in Prague. It was brought to us by an IND tourist !!!
After all, all those restrictions and prohibitions are ridiculed. When no one controls them. I had to go to the center last night. Territory for itself. Nothing that is ordered (unlike the rest of Prague is not observed) is not observed. And scooters, etc. are already appearing, and those guys are looking at them from where.