The time of the last remnants of reason 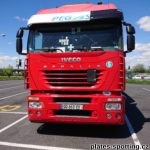 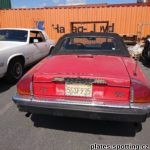 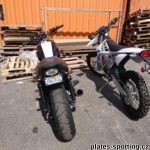 It is difficult to comment on the current situation.
CZ has given up all the advantages of clean territory (similarly A) and is under pressure to open its borders under the pressure of media saturated with lobbying interests.
Shopping malls roared similarly. I was in one yesterday after the opening to see. Except for food and hairdressing everywhere empty.
It will be similar with tourism. The 50+ category that feeds tourism outside of the holidays will definitely not return. They wouldn’t get me alive on those cruise cruisers. They became floating hospitals and mortuaries.
I heard President Macron the other day, that massive subsidies must come to the car industry ?! After all, this was the EU’s goal. Dispose of cars! Why, if they succeed, should they come to life ?!
But as far as Prague is concerned, cars are the winner. Half-empty public transport, empty streets, shopping malls. But the streets are bursting at the seams.
Last time I praised D. But that wave of demonstrations over the weekend brought me back to earth. But there are still 66% sensible Germans who do not want an end to the restrictions. But no one listens to them anymore. Bet that d will soon capitulate as well. As in the normal state – the most sensible are PL and H.
I don’t miss the center by any chance. You only saw the catch. And you thought how amazing it is here. No, it is not and it was not. The gem had to be fished out of the cesspool, the sewer.

The toll was collected in April by 19% less than a year ago. The trucks are an accurate barometer. Thus, economic activity in CZ and Europe fell by the same amount on average.