For now, I live on memories

So I have time to look back at the DK tour stages. Sometimes it even touches me. Beautiful landscapes, beautiful towns and villages, roads and most of all the people. Such numbers lined the route for 3 days. F doesn’t even dream of that. I also enjoyed the super bridge, the main competitor of my ferry route. It is a giant 65 m above sea level. Pillars almost 300m. Half the peloton fell there.
I’ve loved DK since I was little. This was just a confirmation. After all, even Jeremy Clarkson, when he once opened the Daily Mirror in the morning, and it read J.C. – RACISM. I was so scared that I seriously started thinking about where I would emigrate, he writes. And after a long while I chose DK. The weather there is like ours, the best pork, thousands of long-haired girls ride their bikes in miniskirts, everything there smells and the architecture is like from Bang and Olufsen. 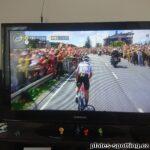 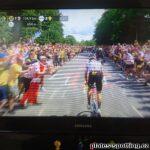 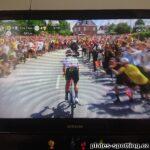 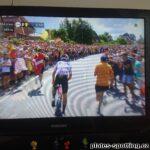 Here I peeked into the center only once. And he disappeared disgusted. From the world of Scandinavian families, D pensioners, hares and seagulls among one entity worse than the other. Screaming Latino youth, drunken Westerners, zachvatčiky from the East, street vermin, dirt, disgust, vandalism, practically zero foreign cars.
I’m amazed at how few Scandinavians I’ve seen. Where do the endless columns go? And it wasn’t like that. Already at the beginning of June, PRG was filled with DK, S, N, FIN.
The quality is leaving Prague – a vermin is taking their place.