Menton, after breakfast. I wonder how weak the traffic is. When I suddenly … think of Puerto Rico at first. Yeah, no Lp in front. 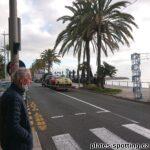 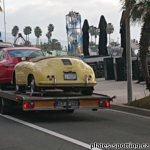 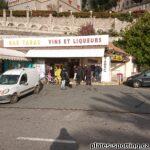 Unplanned race to Italy. No obstacle anywhere. I’m very close at times. Neither the French nor the Italians will stop the transport. And in the shop queue … and I hate you. Well, not exactly a successful trip to I. I return empty-handed. 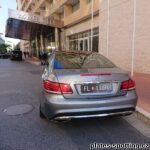 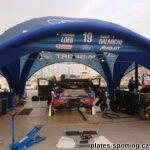 Looks like nothing happened today. But 37 states. Although practically everything has already been seen.
The only luck. Hyundai is just arriving with cars.

a) they forgot the place for the truck.
b) the cars have still not arrived. Last.

I think Toyota and Hyundai are doing well. and that they can afford it. Today I read about the decline in car sales in Europe. Already against the miserable 2020 last year, another minus 20%. But there were 2 exceptions. Hyundai + 16% and Toyota 11%. Before I left I was with a Toyota weekend. Mainly take a ride with Yaris Cross. But when I asked when I would get it, I didn’t add a signature yet. 10 months. When do you think you will get a disgusting ID or what is it called? That’s how they replaced the great Golf. what it looks like a swollen toad. But VW stopped doing sports, classy cars and threw himself into politics. Gender, veganism, ecoism.
Why do you think Toyota and Hyundai are growing? Because they offer people the cars they want. 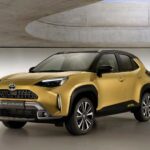 I don’t know how in your country, but in CZ people (voters of pro-European liberal parties) took out their flashlights by heating and stuck somewhere in the cold all night.