The police got the visitors under control

Today first to Italy. Although Italy is officially closed, there is a loop. Does not apply to a visit for a few hours. The road for cigarettes remains clear. Last year, I had to pay Mr. Macron 5€ for his (rather predecessors) immigration policy.
I haven’t read it anywhere, but I think: Italy has allowed the French police to check the train in Ventimiglia (I). But the regular one in Menton-Garavon also remained. And it’s even third. In Cap Martin-Roquebruine or Cap d´Ail. This is for those who have already come out of the holes. Well, no one has dug through the ceiling, as happened to me 2 years ago. And France in return allowed shopping at the border. 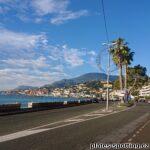 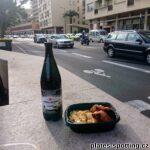 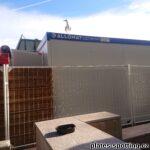 Lunch normally in MC. Some huge birds the next day. I have no clue. Turkey? Hen? They probably didn’t sell it. Next time I’ll tell them they’d rather give me a full bowl of Gratin (baked potatoes with cream – great! Definitely better than the meat that even a seagull showed lukewarm interest in. Drink today from I- Chino! 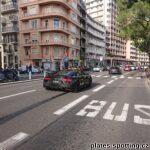 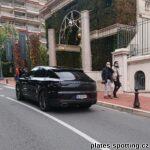 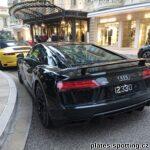 The influx of partly very unruly “tourists” from F and I intensified. At noon, about after the meeting, hundreds of police officers take to the streets and maneuvers begin. Fine for veils, all F cars are taken away. A police car in front, then a culprit’s car driven by a police officer and a motorcycle in the back. All with lighthouses. So the owner rode around Monaco like Princier. But I think it would be cheaper to rent an RR with a driver. In some places, the street was blocked by so many police that I preferred to get down cowardly and walk the bike around the in park.
MC police are 100% French, so they know who to stop. Whom-he paid unmistakably. The MC has 5,000 citizens and the police of 3,500 members. Not for the citizens and residents of the MC, but precisely for their safety from the guests of the No-Go zone. 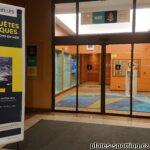 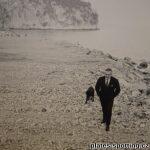 I’m going to the exhibition tonight. Rainier III. and his dream in his head. New city at sea. Today we know that it has become a reality. Fontvielle. Headquarters of many high-tech companies, shopping center, logistics center, Stade Luis etc. etc.

This is what MC looked like in 1900. You see the station, yes, I hid under the bridge from the rain yesterday, where the train used to go is the main road today. And the station disappeared deep into the rock. There is a tunnel of 5 km at least for both tents. 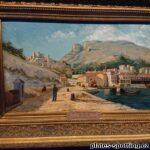 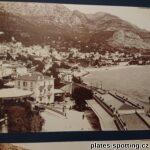 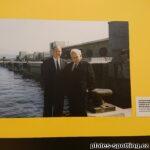 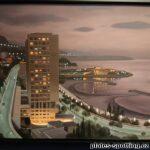 Rainier III. with son Albert II. after the construction of the quay. 3 floors below sea level are garages where dealers park new cars. So Astons, ferraris, lambo … You would look in vain for a Renault or Škoda store in MC. 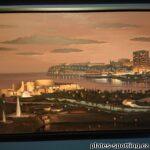 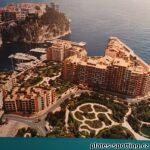 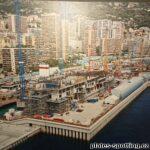 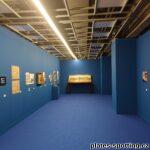 And then you go out and see the MC today. Nothing occurred to me but going up to Rocher to pay homage to Rainier and Grace in the cathedral. The cathedral was just closing, but tourists everywhere. Mainly in the Musée oceanographique. Nice, quiet with children. No, not all tourists are the same. So sometime next time. But there is a wonderful view of Rainer’s Fontvielle. 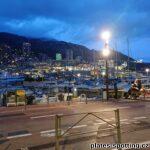 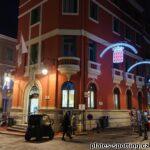 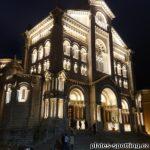 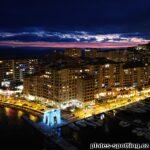 And the final inspection of the center. I’m already looking forward to a normal MC, the return of residents, the opening of shops and car repairs, etc. 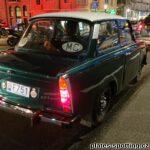 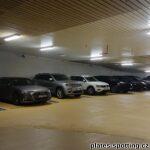 This is the garage of the Hotel de Paris. Half. They push here those who can’t stand standing in front of the hotel. The ones they are ashamed of.

Do you see how many windows light up at 6 p.m.? How many people remained? 5%?